For the past few years as a family, we have headed over to Lanzarote during the festive period. Whether that be in the run-up to Christmas or during the holiday it’s self.

We love Lanzarote and often think of it as our second home.

This in mind and coupled with our love of Christmas what better time to head to Lanzarote for some winter sun and festive excitement.

The few times we went during the run-up to Christmas we visited the Christmas market in Puerto del Carmen.

Here I met a lady purely by coincidence that I had only ever spoke with on twitter. We ended up meeting her every time we went after that.

The past few year, however, we have gone for new year and the Spanish Christmas (día del Tres Reyes Magos or Three Kings Day)

I have to say the first time we went for new year was one of the best.

We drove to a beachside cafe and had baileys & cake and discussed the past year.

We headed back to our villa and we’re all in our jammers by 8pm. The owners of the villa who lived upstairs were just heading out.

The twins were only 3. However, we made it to midnight and had our 12 grapes one at each gong of the clock.

Then outside it felt like the whole island was erupting with fireworks.

As we were in the hills we could see for miles.

There were big displays little groups as well as local children and adults letting off firecrackers in the street.

It seemed to go on for at least an hour.

The next day as we were on our way out for the day. There were people just getting in from parties.

A few days later on the evening of the 5th, The island starts celebrations with street processions called Cabalgata de Reyes, where the three kings arrive on floats and throw sweets to the children. There are also other floats with popular characters on them!

When we have been for this we like to finish the evening with a hot chocolate, as it can feel quite chilly in the evening.

The next day 6th Jan is a fiesta day. shops are closed and families celebrate with a roscon cake, The three kings should have delivered gifts to the children, the gifts normally left in shoes outside the door. If you haven’t been good however they leave coal instead of a gift. You can actually buy sugar coal to give.

After lunch, local kids take their gifts to the park to play and show their friends. 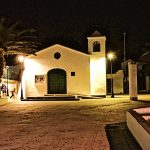 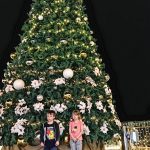 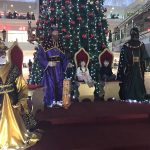 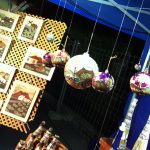 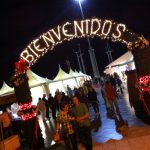 I’d totally recommend a visit at this time of year.

Hi, I’m Nina, Mum to two sets of twins. Survivor of placenta percreta. If you want a little background to me and my story start here.

Find out more and meet The Spencers

How to Embrace A …

Overwhelmed By Chaos – What …